My baby just turned ten.  She plans for her birthday parties for months in advance. :)

Frozen yogurt bars are all the rage these days, and one day while at one I got the idea of doing an ice cream bar for her birthday party.  It turned out very well, and was a lot of fun.

To simplify things I decided to have only vanilla ice cream.  Then went with a variety of toppings. 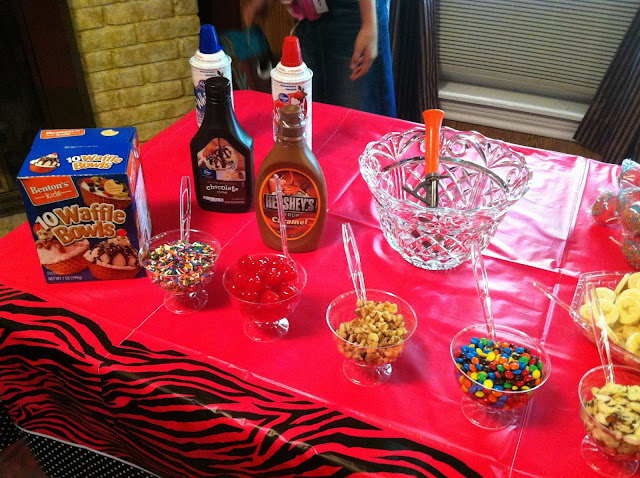 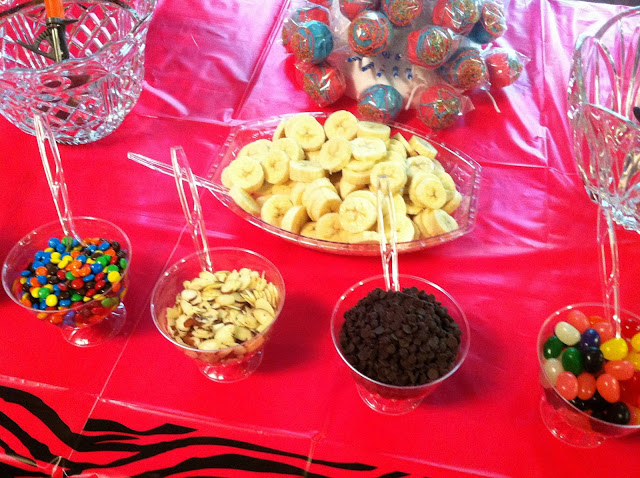 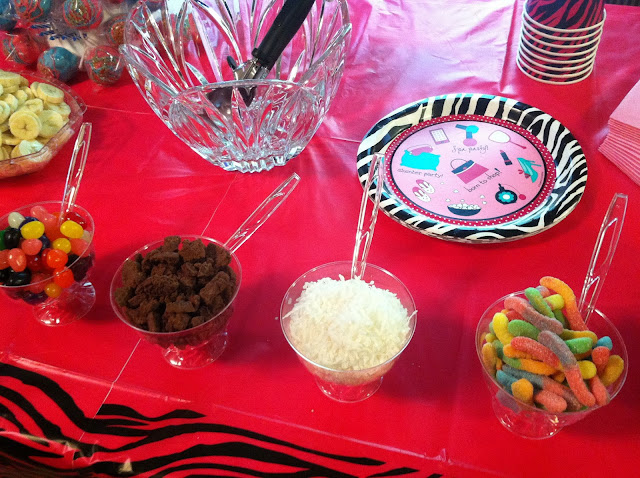 I found the little ice cream sundae cups at a local party store.  It was less than $2 for a package of 12, and they worked perfectly for the toppings.

I dumped the ice cream into the glass bowls to make a more attractive display.

I was so excited to find these waffle bowls at Aldi: 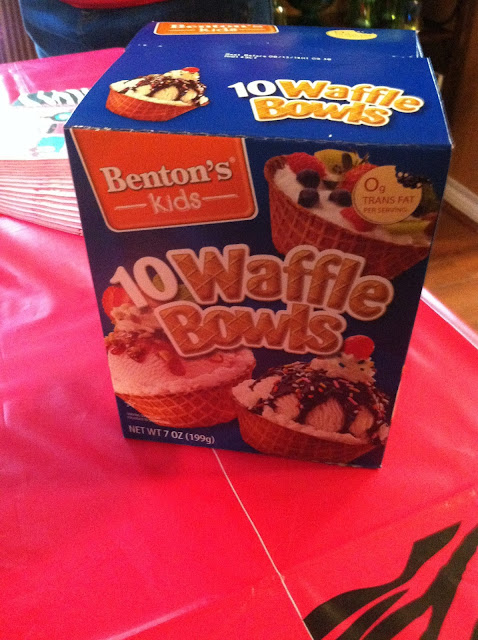 They may have been around forever, but I'd never seen them before.  So much easier than a waffle cone, and so much more fun than plastic bowls.

Instead of getting a traditional cake to go with the ice cream, she decided on cake pops.  I was trying to figure out a way to display them, besides simply putting them in a jar or vase.  I decided to buy a styrofoam ball, and stick them through that.  I found one at Hobby Lobby that was already cut in half, so that worked perfectly.

I used an ice pick to make the holes first, and then pushed them through.  She was wondering how she was going to have candles to blow out, so I thought I'd just stick those into the ball, too. 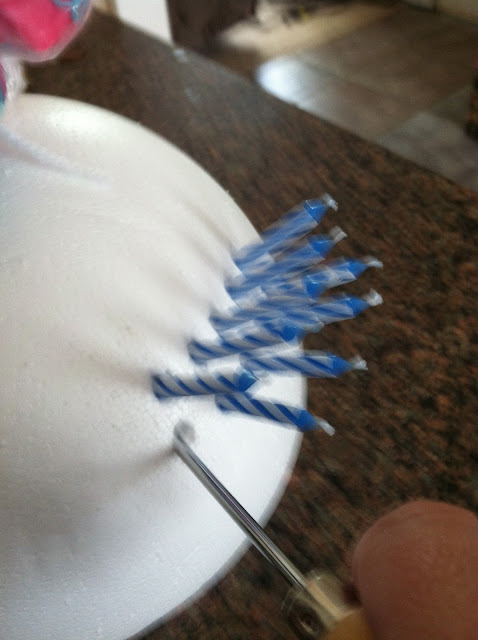 I had thirty cake pops, and I thought those would completely cover the ball.  Surprisingly, I was wrong.  It ended up with quite a bit of the ball still showing.  Next time I do this, I will paint, or otherwise cover, the ball first.  I would have painted this one black or hot pink if I had known it wouldn't be completely covered.

I found the two feathers at Hobby Lobby and thought they would add some oomph to the display. :) 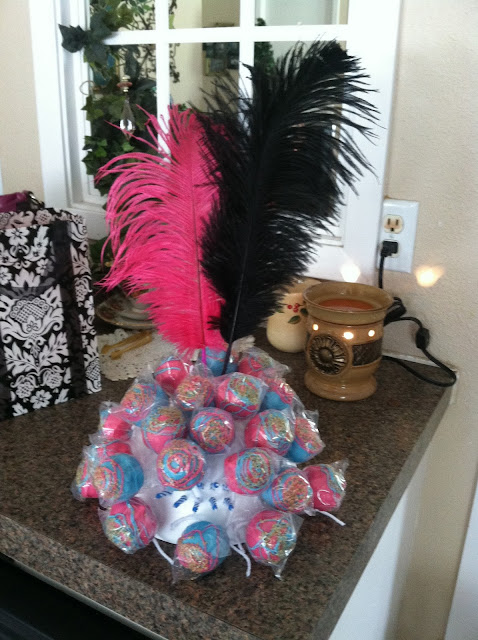 We removed the surrounding cake pops before lighting the candles. :) 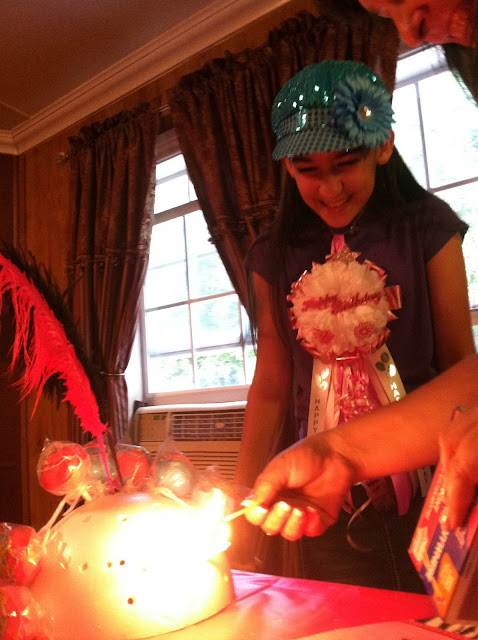 It was a fun party, and everyone enjoyed being able to design their own ice cream sundae creation. 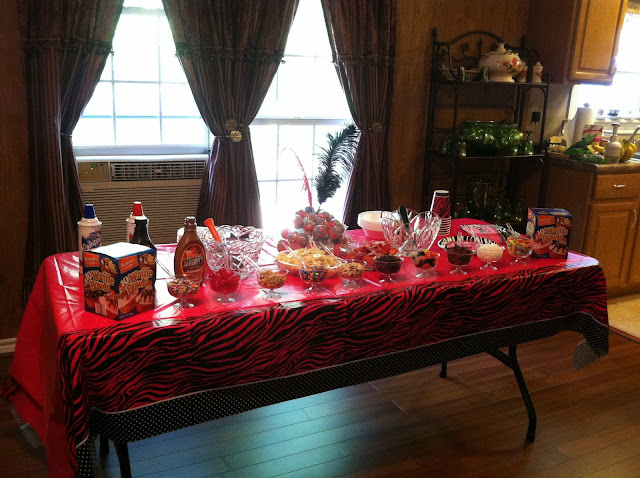 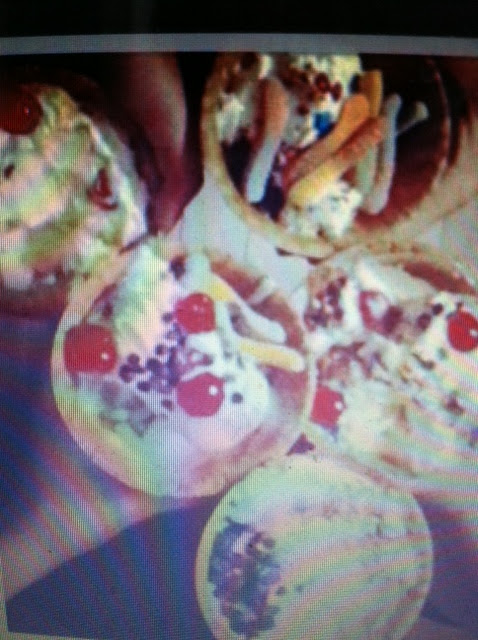 It's an idea I may use again sometime!  Especially perfect for summer time parties.
at 6/10/2013